All The Little Roses Celebrates Life and Love 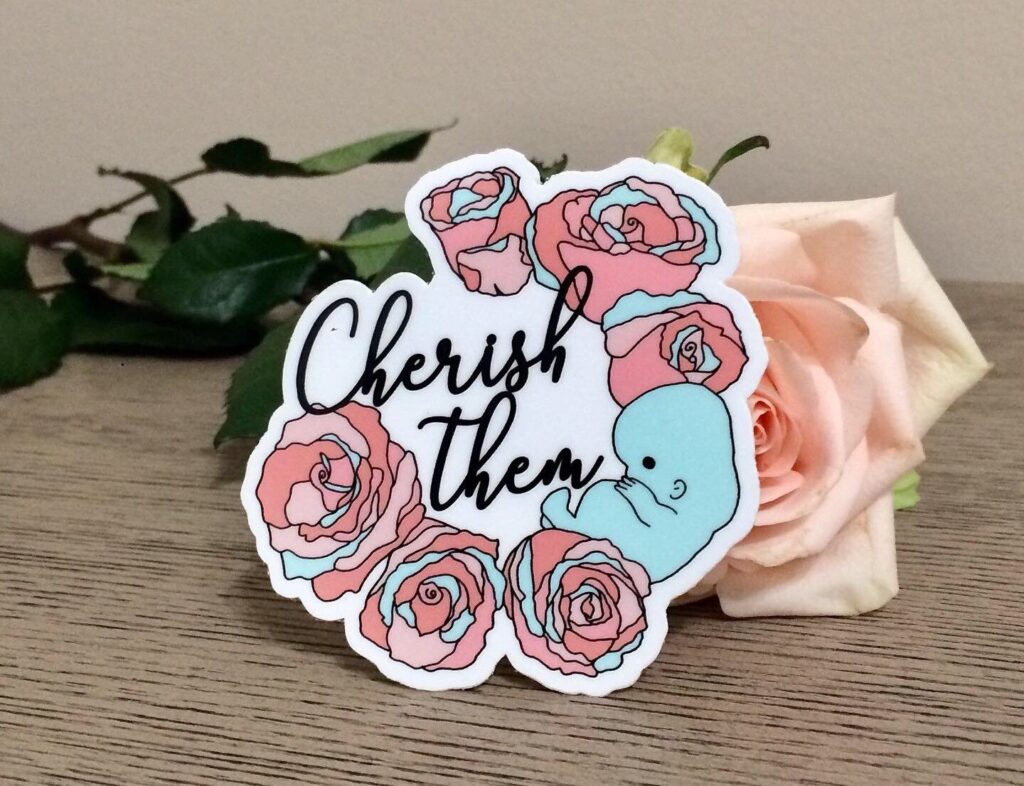 Juliet had only just graduated high school when she found out she was pregnant. “It was terrifying,” she recalled. “I didn’t feel prepared; I knew I wasn’t prepared.” Despite this, she was ready to tackle the challenge of college and a baby. With the help of her supportive family, she spent the summer figuring things out and getting everything sorted with her college. However, just as soon as she had gotten everything worked out with her school, her family, and her own life, she found out she had miscarried.

Juliet grew up in a conservative Christian home which was pro-life. However, experiencing an unexpected pregnancy, and subsequent pregnancy loss, Juliet’s own views on the sanctity of life were, as she put it, “tested in fire” and solidified. She was blessed to have a supportive family and community. Juliet’s own mother became unexpectedly pregnant with her at 16, and she is here today because her mother chose life for her. “My life is proof of the validity of the pro-life stance.” Without her family, Juliet felt it would have been impossible to endure the loss of her baby.

It is out of this whirlwind of challenge and loss that Juliet’s shop, All The Little Roses, was born. Juliet learned graphic design, which quickly turned into creating pro-life art, and, in turn, led to her Etsy shop. All the Little Roses became Juliet’s way of honoring Gianna Rose, the name given to her baby. One design in particular stands as a testament to Gianna’s life: a beautiful sticker covered in roses with lettering which reads “Cherish Them.” This was Juliet’s first design, created around what would have been Gianna’s due date, and designed specifically for her. It was this design which led to the creation of Juliet’s shop.

Juliet says her purpose for All the Little Roses is, “To do what I can to inspire love and thought-provoking conversation.” Juliet had one such conversation recently. “I was having a conversation with somebody on Instagram, which is where I do most of my marketing, and I asked them, and they admitted [the preborn child] is a person. I asked them ‘do you believe that every human being deserves love?’ They said no. Ultimately, we [as the pro-life community,] are arguing that every person deserves to be treated with love in every capacity, which means mothers not opting to end the lives of their children.”

Juliet recounted, “At first, after going through the loss, it just made me so angry in the sense of my daughter’s humanity. Just that thought of anyone trying to make the argument that the baby is not a real person. That is directly saying that my grief is not valid. The idea that I am grieving potential is just absurd to me.”

As time went on, however, Juliet says that her anger turned to pity. “These people who are arguing [for] abortion are missing out on so much of the beauty of human life. Everything that I’ve gotten to experience with Gianna is something a lot of these people are choosing not to comprehend.”

Paying attention to how we talk about the preborn is something that we can grow better at in the pro-life community, especially when it comes to how we support women who experience pregnancy loss. Juliet agrees that is one of the key ways we can affirm the life of the child in a legitimate way.

There were even those who questioned why Juliet would have a funeral for Gianna, or questioned why she grieved so much for a baby she had never met. “I have to defend her humanity against both sides of the debate sometimes.”

Juliet’s heart is for people to see the humanity and value of the preborn. This is something that shows in the beautiful artwork she creates and the messages she designs for her shop. Her artwork is inspiring people to have these important conversations. As Juliet says, “every person deserves to be treated with love.” This starts with each one of us.

Follow All the Little Roses on Instagram to follow Juliet’s work to spread hope and love, and check out her Etsy shop to grab your own pro-life sticker!