A Plea to the Silent Churches in America 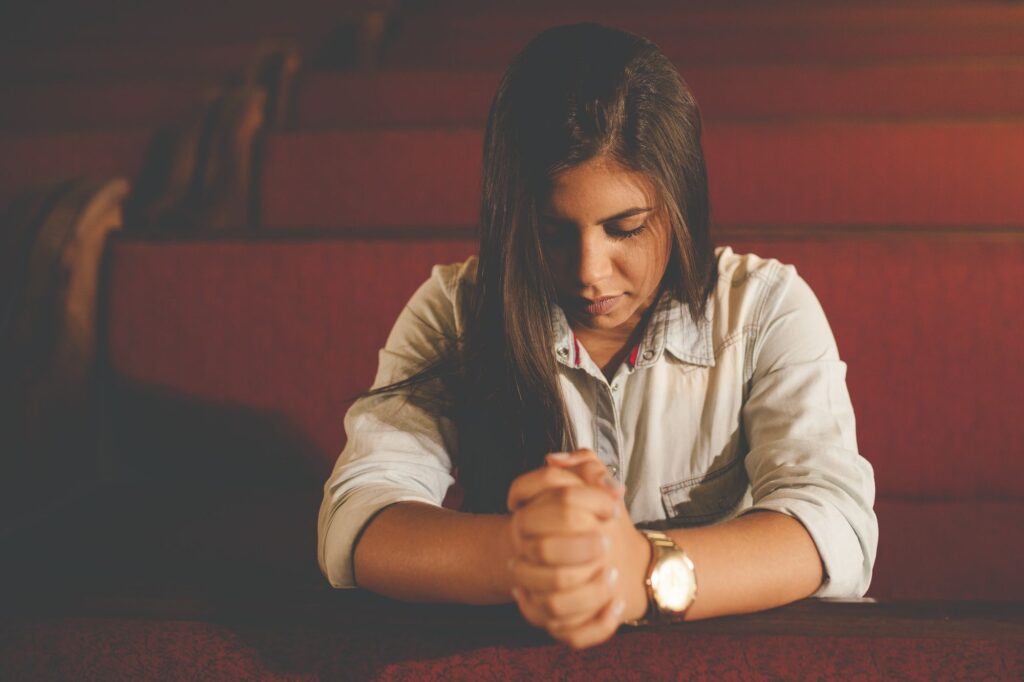 Between now and the time the preacher stands at the pulpit this Sunday and delivers his message, around 17,000 babies in the United States alone will have been murdered in the womb. That’s nearly 2,400 every day. Ninety-eight babies every hour. About one baby every twelve seconds. Innocent human beings are dismembered, poisoned, crushed, harvested for organs, put in trash cans, and disposed of in the name of “women’s rights” and “the right to choose.”

This happens day after day, week after week, and the church largely remains silent.

The most forgotten, marginalized human beings today are the preborn. Their deaths are easy to ignore since their dead bodies are not something we have to regularly see. We do not have to visually deal with the violence being committed, and that makes it easy to focus on other issues. It makes it easy for many to claim there is peace when there is in fact no peace (Jeremiah 6:14).

Lonely, often desperate women walk into a clinic with a precious image-bearer of God inside of them, and they leave that baby behind to be discarded in a biohazard waste bag or sent off to some biotech company for research. Since the legalization of abortion in the U.S., more than 60 million babies have been slaughtered. That number is so large it is impossible to fully wrap one’s mind around it. It is so large it is easy to have this theoretical belief that abortion is wrong, but not take any personal action to stop it.

One in three women were attending church at least once a month (if not more) at the time they had their first abortion. Around 75% of women indicate churches had no real influence in their decision to end their baby’s life, and most of them expect the reaction to be one of judgment if it is ever found out they obtained an abortion. Only four in ten women believe churches are a safe place to talk about having had an abortion.

If abortion is an issue which rarely gets discussed from the pulpit, and if pastors do not regularly preach on the value of human life and what the implications of that look like in the world, we end up with people who think the church does not have much to offer in this regard. The silence tells people that it’s not safe to bring up, that it’s not a big deal to the leaders in the church.  Silence on important moral matters makes a loud statement of indifference to the church members and to the surrounding culture. The question is not, “Does the church make a statement about abortion?”  It does. The question is, instead, “What statement is the church making and do our actions honor God and defend human life because we are made after the very image of God Himself?”

The battle is raging around the value of life. And yet the majority of pastors are silent. Many, for the most part, say and do nothing about one of the greatest injustices in history.

Some churches may make a passing mention one Sunday a year, or maybe they talk about a walk for life once a year, but other than that, the issue is completely avoided. This silence and avoidance encourages apathy towards the innocent babies that are killed.

According to Pew Research, one third of evangelical protestants, sixty percent of mainline protestants, and forty eight percent of Catholics believe abortion should be legal in all or most cases. Many of us are sitting next to people in pews who claim the name of Jesus Christ and yet support legal abortion.

This shows a deep and dangerous dichotomy in the mind of many people who claim to be Christians. We claim to follow Christ, but we don’t live for Him on this question of unborn children. One possible reason for this is the Biblical illiteracy among professed Christians, which reveals complete ignorance as to what Scripture teaches.

Though people hear Scripture on Sunday and may read some of it during the week, a solid understanding of a biblical worldview and how Scriptural principles are applied to cultural issues is strikingly absent. Due to this lack of Biblical knowledge, we are surrounded by people who claim to know Jesus and yet do not understand His teachings. They have no idea how to properly apply a biblical worldview.

When we claim to love and know someone, that entails understanding Him and listening to Him. If we say we know God, if we say we love Him, we need to know what He loves, what He desires, and what He commands. We need to know the heart of God. The biblical illiteracy among professed Christians reveals that many claim to know and love Jesus, but their actions, beliefs, and lives tell a very different story.

In Matthew 25, Jesus speaks about the coming judgment:

“Before him will be gathered all the nations, and he will separate people one from another as a shepherd separates the sheep from the goats.  And he will place the sheep on his right, but the goats on the left. Then the King will say to those on his right, ‘Come, you who are blessed by my Father, inherit the kingdom prepared for you from the foundation of the world.  For I was hungry and you gave me food, I was thirsty and you gave me drink, I was a stranger and you welcomed me, I was naked and you clothed me, I was sick and you visited me, I was in prison and you came to me.’ Then the righteous will answer him, saying, ‘Lord, when did we see you hungry and feed you, or thirsty and give you drink?  And when did we see you a stranger and welcome you, or naked and clothe you?  And when did we see you sick or in prison and visit you?’  And the King will answer them, ‘Truly, I say to you, as you did it to one of the least of these my brothers, you did it to me.’

The one nearly everyone has forgotten today is the unborn. The least of these is our unborn neighbor.

Jesus’ commands and His way of life make it clear that He calls people to speak out for vulnerable and abused people. Comfortable silence and consistent apathy are not characteristics the people of God should exhibit. As a follower of Jesus, our words and actions must reveal that we do care about the least of these, because when we die, we will face a holy God and give an account for everything we did here on earth. We will give an account for how we treated people; for what we did, and for what we failed to do. (2 Corinthians 5:10). Men and women need to hear from the pulpit that abortion is evil and a horrible affront to the image of God.

At the same time, they also need to hear that abortion is not the unforgivable sin. They need to be given the freedom to grieve. They need to know that they are still loved. They need to hear the gospel in its entirety and understand the redemption and healing that is found there. The blood of Jesus is fully able to cleanse sinful people from the act of abortion. But people are not going to know that unless someone tells them. When silence is the norm in the church, it is communicated to people that abortion is a sin no one talks about. Or worse, that’s it’s not a sin at all.

To the pastor: I recognize you have a large burden to bear. You have many responsibilities and many people call on you to do things differently. My intention here is not to add to your burdens. Rather, it is to bring to light something too often ignored and to encourage you to use your power and influence to speak for your unborn neighbor. You will give an account for what you said and did on behalf of the least of these.

There are many people and organizations who are willing to help you and your congregation address abortion in your church in a loving, Christ-like manner which helps people understand the abortion issue in light of Scripture. Justice For All, Life Training Institute, Equal Rights Institute, Stand To Reason, Save the Storks, and Care Net can all assist you in informing your congregation and equipping you to speak truth and love to one of the most controversial issues we face today. And that’s just to name a few.

Justice For All offers online as well as in-person training where people can learn how to address all the common defenses given for abortion in a way which beautifully balances truth and love while listening, asking questions, and finding common ground. The trainers at JFA are willing to meet with pastors to discuss specific needs related to addressing abortion in their community. Life Training Institute has speakers who go all over the country giving comprehensive, biblical training on how to think about abortion and how to respond to a watching world.

Let these organizations and the people who work for them help you, and give you the resources for empowering you and your congregation to speak truth in the midst of this culture of death.  Find people in your congregation who will step up and provide leadership in this area so you don’t have to shoulder all of it.

We cannot escape the moral problems abortion presents to us. The question is whether we will answer God’s call to  “do justice, and to love kindness, and to walk humbly with your God.” (Micah 6:8 ESV). Silence is not an option or a luxury any of us can afford. Your apathy, silence, fear of man, and/or unwillingness to address the current injustice of abortion enables the evil to thrive.

You have an enormous amount of influence. You have a lot of power. Your speech and actions set an example for so many who are watching you. So many look to your leadership to give them direction. I beg you to use your position to speak up for our brothers and sisters in the womb who are being slaughtered every day. They need you.

If you faint in the day of adversity,
your strength is small.
Rescue those who are being taken away to death;
hold back those who are stumbling to the slaughter.
If you say, “Behold, we did not know this,”
does not he who weighs the heart perceive it?
Does not he who keeps watch over your soul know it,
and will he not repay man according to his work?
Proverbs 24:10-12 ESV