A Case for Life: Vincent Lambert 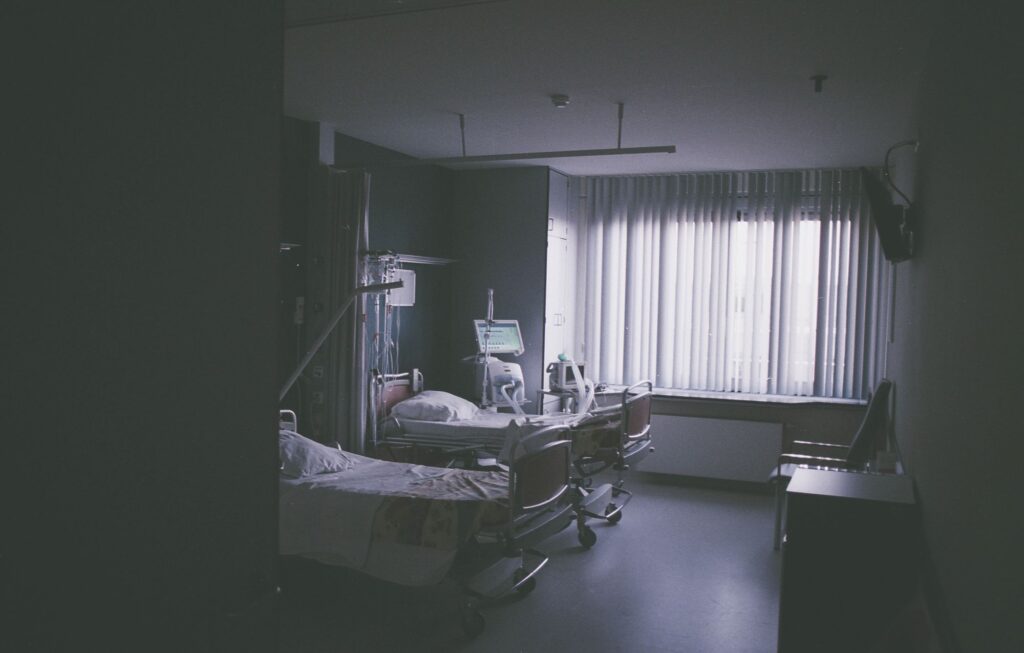 Hospitalized since 2008 in Reims, France, after an automobile accident initially plunged him into a coma, 42-year-old former nurse Vincent Lambert, known as France’s Terri Schiavo, suffered brain damage which left him a quadriplegic. An intense legal battle regarding his right to life has followed.

Without an advanced directive of his wishes, Vincent’s wife Rachel, his appointed guardian since 2016, supports cessation of food and hydration, but his Catholic parents, Pierre and Viviane, plead that death by thirst and starvation is a “serious and illegal” infringement of their son’s “fundamental freedom,” and request his transfer to a specialized institution.

Vincent has endured nutrition being stopped five times, including going 31 days without being fed in 2014. His parents have consistently appealed the decisions, including before the European Court of Human Rights for “attempted assassination and sequestration” and filed complaints against the hospital “for abandonment of a person unable to protect himself.”

After a change of doctors heading the hospital’s palliative care department, the decision was again made in 2018 to stop Vincent’s care. His parents remained opposed. The judge ordered a new examination of the patient, which confirmed “chronic vegetative state,” thus, dismissing the parents’ petition. In April of 2019, after the result of exhaustive appeals remained that Vincent’s care could be stopped, his parents immediately launched two new appeals: the European Court for Human Rights rejected it, while the UN Committee on the Rights of Persons with Disabilities (CIDPH) requested provisional maintenance care on May 5, 2019, though it was non-binding.

The hospital’s Dr. Sanchez made a letter public, stating Vincent’s treatment would be stopped May 20, and sedation administered. Vincent’s parents petitioned the Defender of Rights to pressure the government to enforce the decision by the CIDPH that care should be maintained, but he claimed it was not his decision to make in this case.

Vincent’s feeding tube was removed on May 20, without notification to his family, despite promises to the contrary, before his mother could say goodbye. A poignant video of her last visit was released, showing Vincent responding to his mother with attempts at eye contact and vocalizations, as she tenderly shared her emotions. Public demonstrations outside the hospital pleaded to stay the execution. In a desperate attempt to save their son, Vincent’s parents appealed again, including their lawyers Jean Paillot and Jérôme Triomphe filing two criminal complaints for “non-assistance to a person in danger,” an open letter to President Macron, and imploring the public to call the presidential line on behalf of their son’s life. Macron rejected their calls, claiming “the decision to stop treatment was taken after a constant dialogue between his doctors and his wife, who is his legal representative.”

Most recently on May 20, however, in an emergency procedure, the Paris Court of Appeals ordered Vincent’s nourishment to be continued, ruling that “irrespective of the compulsory or binding character of the suspension measure requested by the Committee [CIPDH], the French State has undertaken to respect this international pact.”

Calling it “a great victory,” Paillot, one of the parents’ lawyers, said resuming treatments is effective “for a period of six months, allowing the UN committee to study the case of Vincent.”

The emotional case prompted reaction from Pope Francis, in favor of keeping Mr. Lambert alive. “Let us always safeguard life, God’s gift, from its beginning until its natural end. Let us not give in to a throwaway culture.”

Cardinal Raymond Burke echoed the pontiff’s ethical advice, “The first precept of the natural law is the protection and promotion of all human life, especially of human life which is heavily burdened by special needs or grave illness or advanced years.”

The Cardinal provided further authoritative interpretation of the natural law in such cases: “A patient in a ‘permanent vegetative state’ is a person with fundamental human dignity and must, therefore, receive ordinary and proportionate care which includes, in principle, the administration of water and food even by artificial means.”

Citing as Pope Saint John Paul II observed, Cardinal Burke explained the term “vegetative state” must be used with great care, for it can view those suffering the condition as less than human, demeaning their value and personal dignity. Burke asserted the duty to strongly reaffirm the intrinsic value and personal dignity of every human being does not change, no matter what the circumstances of his or her life. Even if seriously ill or disabled in one’s highest functions, a person is and always will be a human, and never become a “vegetable” or animal. Burke asserts it is a fundamental moral principle that being in the presence of any living person “imposes the obligation of full respect and abstaining from any act that aims at anticipating the person’s death.”

In addition to ethical concerns, Vincent Lambert’s case raises legal questions. France’s Claeys-Leonetti law “recognizes the wishes expressed by patients and establishes the right to deep and continuous sedation, consisting of sedative and analgesic treatment leading to a profound and continuous change of vigilance to death if the patient is likely to suffer pain, associated with the cessation of all life-sustaining treatments including artificial nutrition and hydration.” Cases like Lambert’s are ethically and legally sensitive. He is not at the end of his life and lacks written advanced directive of his wishes, and is no longer able to express them. Questions arise for living conditions and care for persons with brain disability, and for treatment options of patients not at the end of their life.

The law of 2002 addresses the rights of patients and the quality of the health system, specifying “the patient has the right to respect for his dignity” and “professionals shall use all the means at their disposal to ensure a dignified life for everyone until death.” The Ministry of Health prescribed the conditions for “creating care units dedicated to people in a chronic vegetative or pauci-relational state,” specifically noting “long-term care” for people “with disabling chronic diseases with risk of life threatening functional failure, requiring constant medical monitoring and continuous technical care.” This law must apply unconditionally to all persons, regardless of their cognitive impairments or extent of their disabilities.

Vincent Lambert is not in intensive care, nor at the end of his life; therefore, he should benefit from the rights and care adapted to the comfort of a person with a disability. Hospitalized at the Reims University Hospital, however, he does not benefit from accommodations justified by his state of disability. Adapted devices prescribed by the Ministry of Health are absent, contacts are limited to the medical team and authorized relatives, and he is never taken out of his closed room. Thus, Vincent’s right to dignity is arguably being denied.

Without an advanced directive and not at the end of his life, discontinuing treatment can only be argued based on “unreasonable obstinacy” under Article L 1110-5-1 of the Public Health Code, which defines unreasonable obstinacy as “the situation in which processing operations intended to keep a person alive appear unnecessary, disproportionate or have no other effect than the artificial maintenance of life.” Experts consulted on four successive procedures in 2018, however, concluded nutrition and hydration do not constitute unreasonable obstinacy, but rather, are only the ordinary accompaniment of a person in a state of altered consciousness.

Vincent Lambert’s future depends on the outcome of a battle over the “unreasonableness” of continuing care for a person with a disability, which will set important precedent. Applying “unreasonable obstinacy” not only risks medical mistakes, thwarts countless medical miracles, and exposes medicine’s fallible predictive abilities and the controversial notion that a disability may constitute grounds for deeming treatment unnecessary. Such questions should be answered broadly to protect lives with chronic illness or disability. Otherwise, patients with dementia, mental illness, or other disabilities or chronic conditions may be considered candidates for euthanasia, risking death without patients’ consent. Socialized healthcare places life and death decisions with bureaucrats rather than loved ones, and inevitably rations patient care, putting elderly, disabled, and persons with chronic conditions at risk. Vincent Lambert’s case has raised several vital questions, especially about concern for patients in states of extreme vulnerability.

The inherent value of human life is not determined by ability, thus while conditions may vary or change, dignified protection of human rights must remain constant.