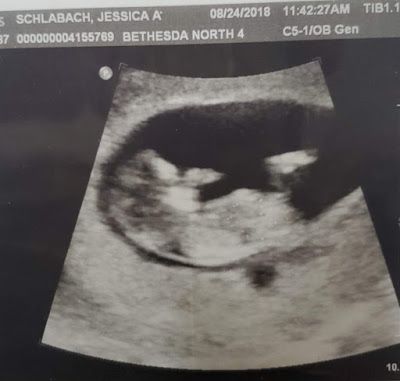 Technology is providing an exciting new way for parents to experience their babies in the womb. 3D printing ultrasound images are allowing parents with vision impairment to enjoy the moments other parents cherish of seeing their babies via ultrasound. The new trend can also provide printed keepsakes, and even help doctors treat prenatal medical conditions.

Through GE’s Healthcare technology and the Polish company In Utero 3D, doctors like Dr. Heron Werner in Brazil are able to help blind parents “see” their babies with their hands. Rio de Janeiro’s National Museum was printing ancient artifacts for exhibits, when Werner got the idea for 3D printing babies. GE’s Healthcare Voluson E10 is the first ultrasound to have 3D printing capability built directly into the system. In 2012, Werner started providing the service for visually impaired pregnant women, free of charge.

Ana Paula Silveira and her husband Alvaro Zermiani are both legally blind, but like so many parents, they dreamed of seeing their baby’s first ultrasound image. They contacted Dr. Werner, so they were able to feel their son, Davi Lucas, instead.

Silveira described “holding the small fetus at 12 weeks” as “an indescribable feeling. Following up on our son’s evolution allowed us to have this feeling of being whole, because we feel with our hands. We were able to not only know that our baby was growing healthy but also to have a very real contact and establish a very strong involvement with our son.”

Her husband Zermiani agreed being provided an experience they “otherwise could not have had” and able to “see in the way [they are] familiar with… was life-changing.”

Dr. Werner provided three ultrasounds for each trimester of Silveira’s pregnancy that the couple was even able to take home with them.

Co-founder of In Utero 3D, Aleksandra Witkowska-Masojć similarly relates, “I’m a mom… I remember very well all the feelings I had when I was waiting for my children — particularly waiting for the first ultrasound images of them. Right from the beginning, we knew we wanted to do this for blind [parents].”

Tatiana Guerra lost her sight at 17. At 30, she was able to “see” her son Murilo during her 20th week of pregnancy. She was overcome with emotion as doctors placed his 3D image wrapped in a blanket in her hands, and she was able to trace his features and “I am your son” written in Braille.

3D printed ultrasound images prove the humanity and development of growing babies, and support a woman’s right to be made fully aware of all information and medical alternatives.

The technology also helps doctors explain and prepare treatments for prenatal medical conditions, such as abnormalities in extremities or abdominal wall, prepare for prenatal surgeries or use as educational tools, thus providing more healthcare and support, helping to address parents’ questions or concerns and allow them to make the best informed decisions.

Poland’s In Utero 3D program is aptly called “Waiting Without Barriers”, and provides blind parents with printed ultrasound images for the equivalent of just over one dollar.

Refusing doctors’ advice to abort her son, warning he would be born with a disability, Edi Bocelli chose life. Talented singer and pro-life supporter Andrea Bocelli was born with congenital glaucoma, but his mother noted it was his blindness that led him to music in the first place. Providing 3D printed ultrasounds for parents with vision impairments echoes the value of providing equal opportunity for all babies to be born and live unique, full lives.